In mid-May of 2022, WPS is embarking on a 12-Day Epic Battlefield tour that will weave us through some of the most beautiful and historic destinations in not just Europe, but the world. From the beaches of Normandy and the lights of Paris to the Bavarian Alps of Germany, this is truly the comprehensive journey of a lifetime. 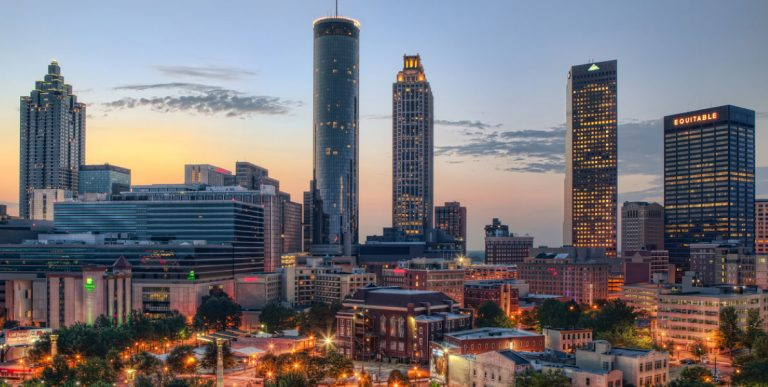 DAY 1: DEPART – Fly out of Atlanta airport and begin the journey to Paris, France. 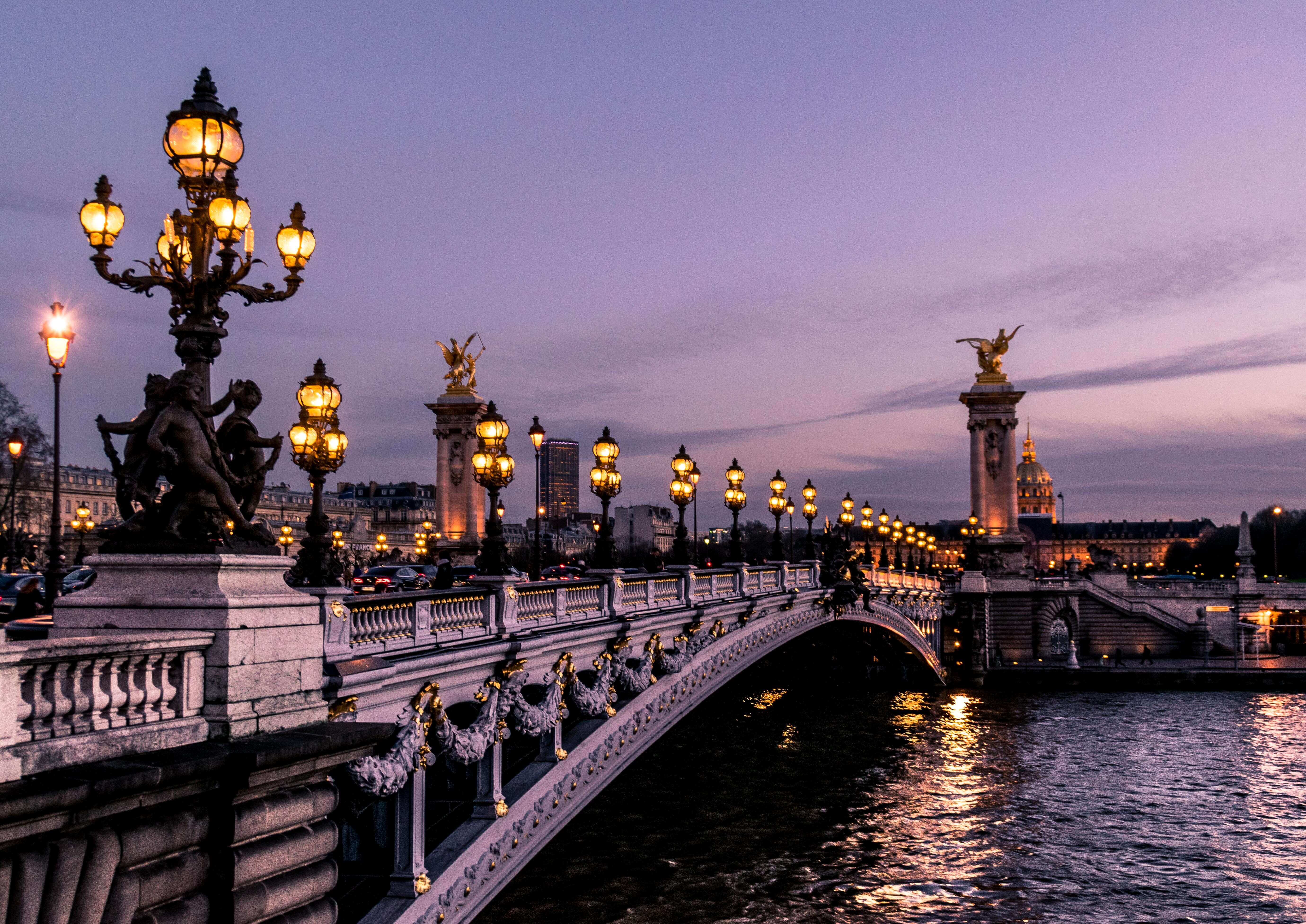 DAY 2: PARIS, FRANCE – Arrive in Paris, France and enjoy the afternoon and evening at your leisure. Dinner and overnight in Paris. 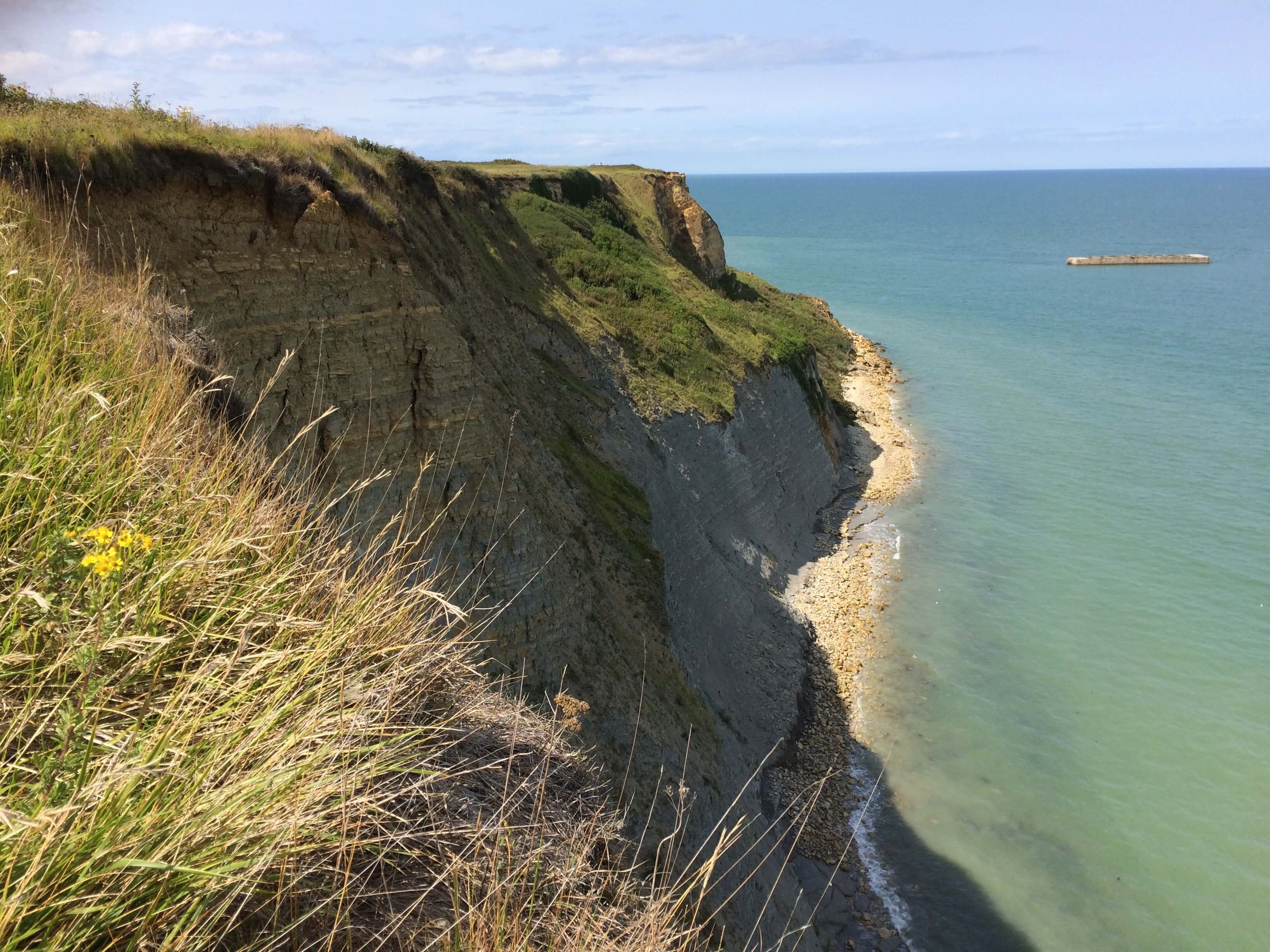 DAY 3: PARIS/NORMANDY – Board your motorcoach and enjoy a half-day morning tour of Paris before heading to Normandy. This tour explores life in the occupied French capital along with the city’s Left and Right banks, learning about various individuals key to the Occupation and the complex narrative of the German and French Gestapo. Hear the accounts of various inhabitants of the city—from Jewish families to members of the WWII Résistance. We’ll scrutinize major and lesser-known sites, which will help tell the story of the city during this era. Finally, we’ll examine the intense lead-up to the eventual liberation by the Allies on August 25th, 1944. Head to Normandy. During your transfer will be a stop in the village of la Roche Guyon to see the Chateau de la Roche Guyon, a castle dominating the bank of the River Seine controlling the route to Normandy. During WWII the castle was German Field Marshall Rommel’s headquarters. Dinner and overnight in Normandy. 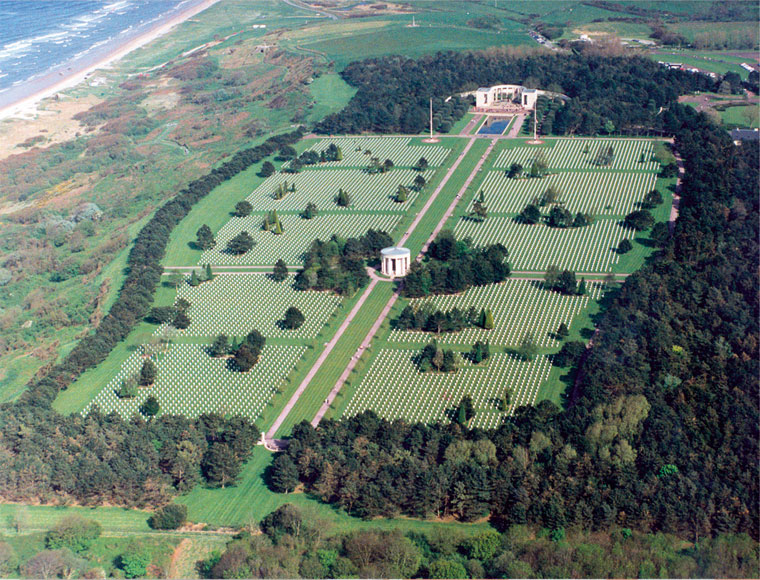 DAY 4: NORMANDY – Spend a remarkable day experiencing and learning about one of the most famous days in history: D-Day. The morning starts with a visit to Sainte Mere Eglise. Quaint, quiet Sainte-Mère-Eglise became involved in one of the greatest exploits in military history on the night of 5 to 6 June 1944, as D-Day began. American parachutists were being dropped all around the area and in the village itself. The German battery at nearby Azeville, the Airborne Museum, a major war museum in the village, and the copy of John Steele and his parachute stuck on the church tower act as important reminders of how peace can sometimes hang by just a thread.  Continue to the Normandy American Cemetery and Memorial, a spectacular and emotional setting located on a bluff overlooking both Omaha Beach and the English Channel. You’ll visit Omaha Beach near the coastal village of Colleville-Sur-Mer. Omaha was one of the principal beachheads where the U.S. Army stormed ashore on D-Day (June 6th, 1944).  Explore Pointe du Hoc, located between Utah Beach and Omaha Beach, where a group of American Army Rangers defied all odds by scaling a massive cliff at a critical moment during the invasion. Dinner and Overnight in Normandy. 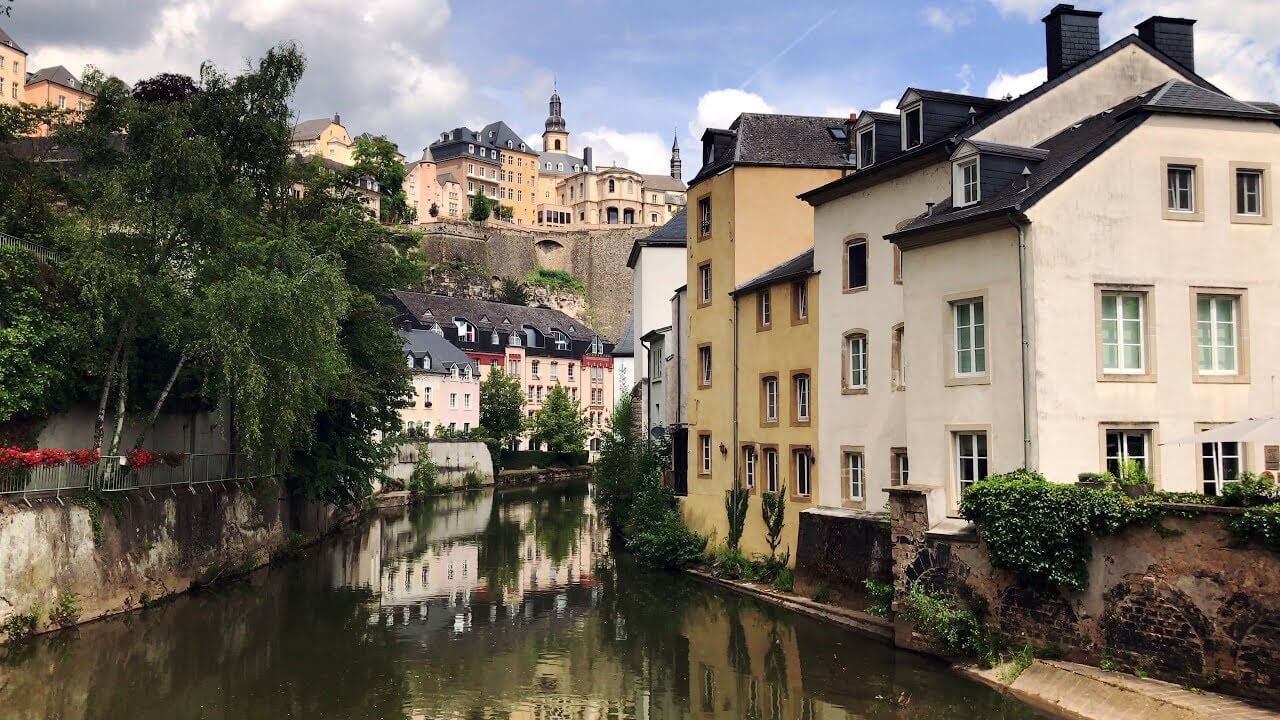 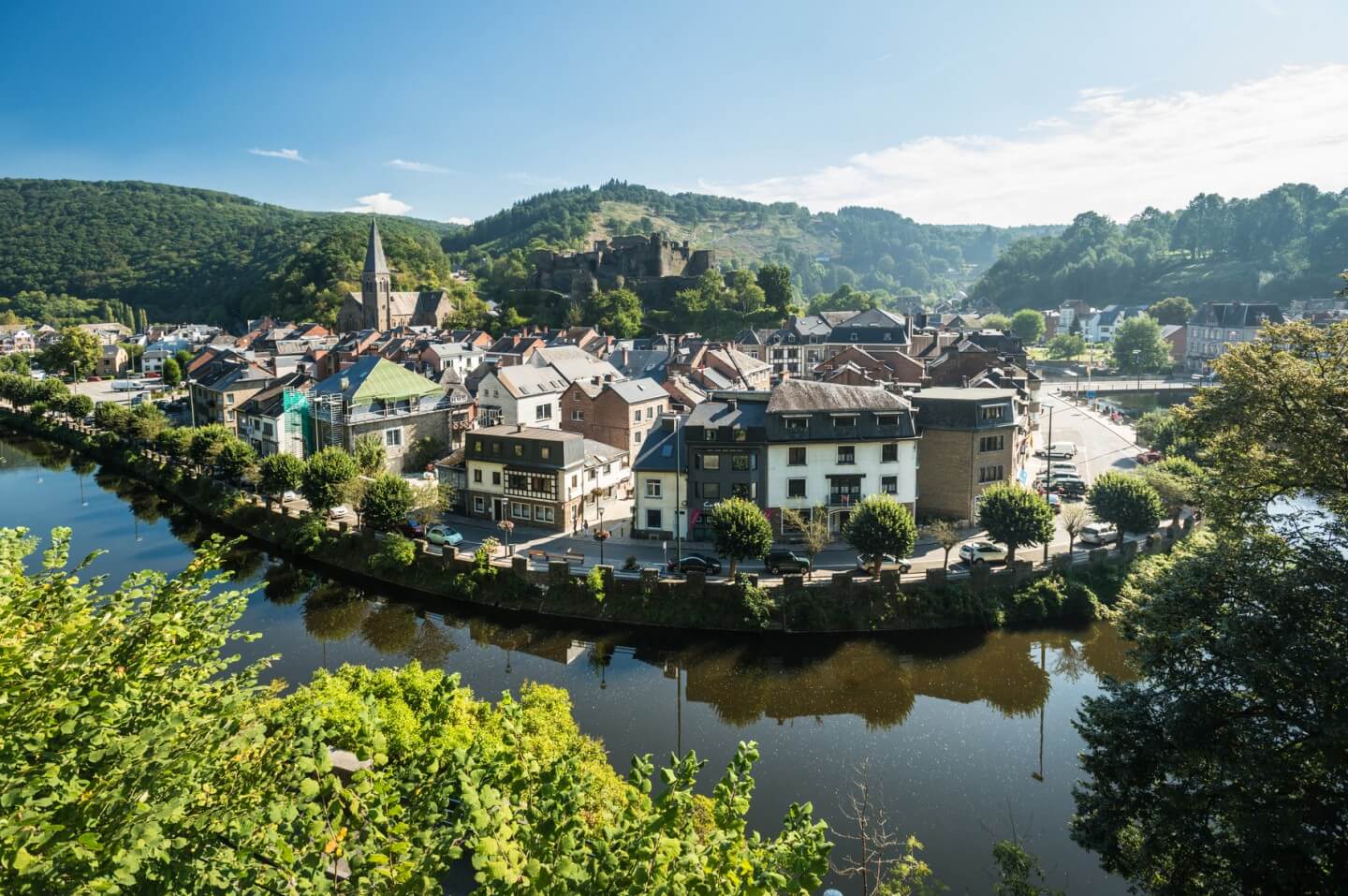 DAY 6: LUXEMBOURG/BASTOGNE – Full day sightseeing of the Ardennes. First visit Bastogne to view the Mardasson Monument as well entrance to the Bastogne Barracks (Mcauliffe Headquarters), a museum with exhibits on World War II & the Battle of the Bulge, plus displays of armored tanks.  In the afternoon visit to the area known as the Ardennes Offensive, where the Battle of the Bulge took place. Dinner and overnight in Luxembourg. 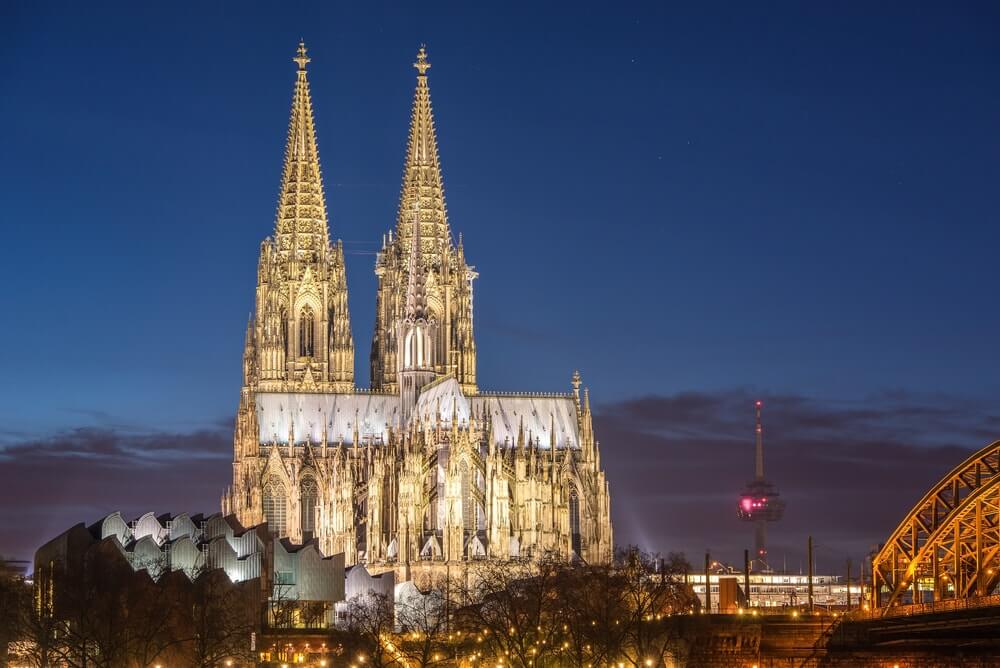 DAY 7: GERMANY/COLOGNE/BERLIN – This will be a day of travel as we head to Cologne. We will stop in the magnificent Koln Dom, quite likely the world’s single most impressive example of gothic architecture, and repaired after extensive Allied bombing collapsed portions of the roof towards the end of World War 2. We will pick up an afternoon train to Berlin. Dinner and Overnight in Berlin. 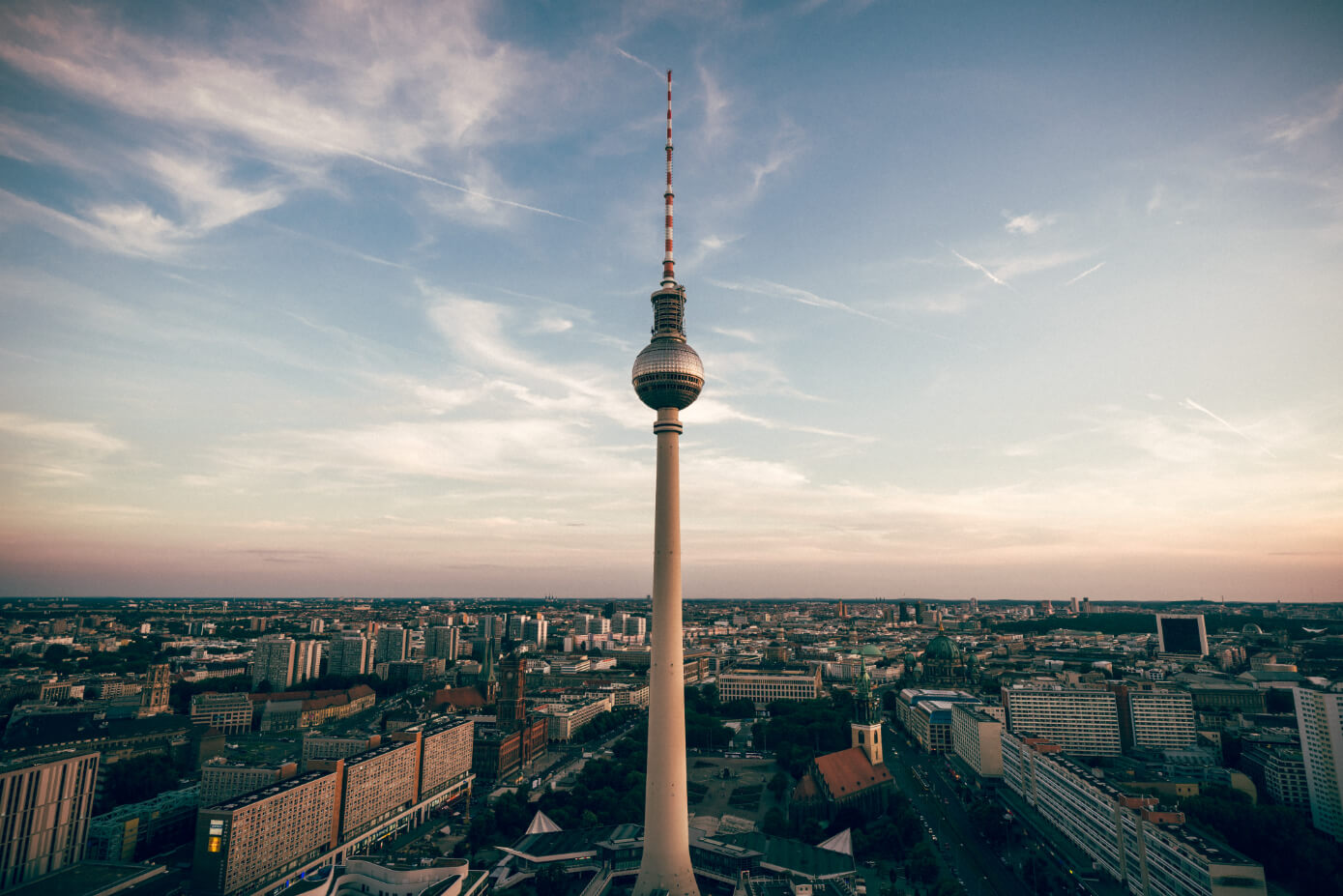 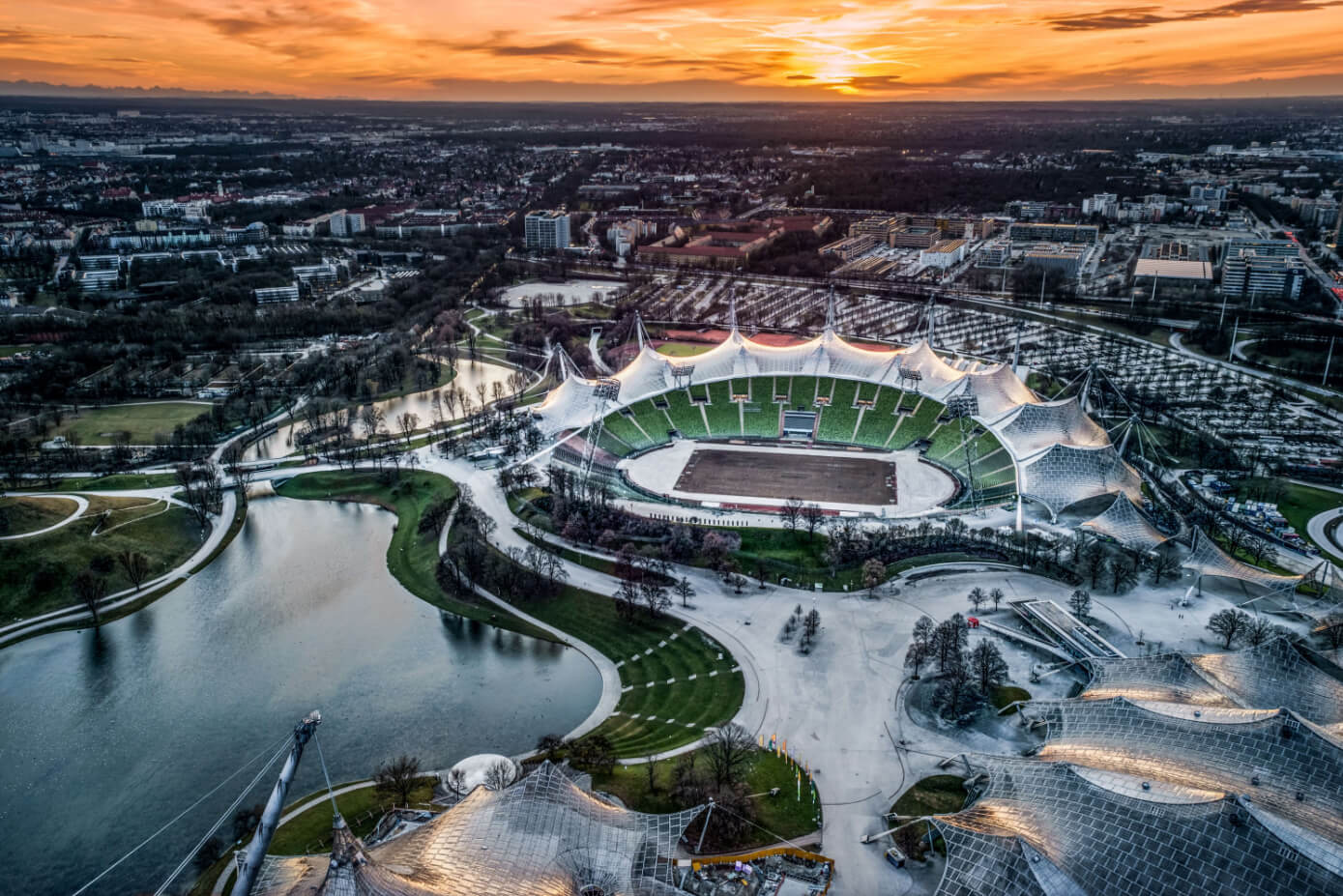 DAY 9: MUNICH/DACHAU – Board a train to Munich this morning. Upon arrival at the station in Munich, we will pay respects at Dachau and the Concentration Camp. Dachau was the first concentration camp constructed by the Nazis and is preserved as a reminder of their oppressive regime. Dinner and overnight in Munich. 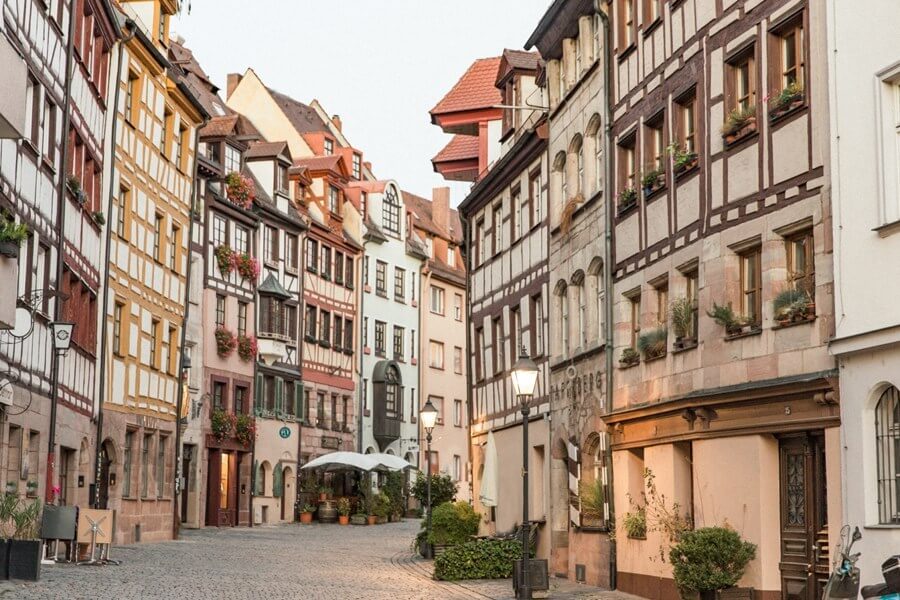 DAY 10: NUREMBERG – Full-day excursion to Nuremberg with entrances to the Justizpalast (Memorium) including Room 600 where the Nuremberg trials were held. We will also enter the Reichsparteitagsfield Museum (Dokumentationszentrum & Reichspartetagsgelaende). The entrance includes an audio guide for the permanent exhibition, available in English. Dinner and overnight in Munich. 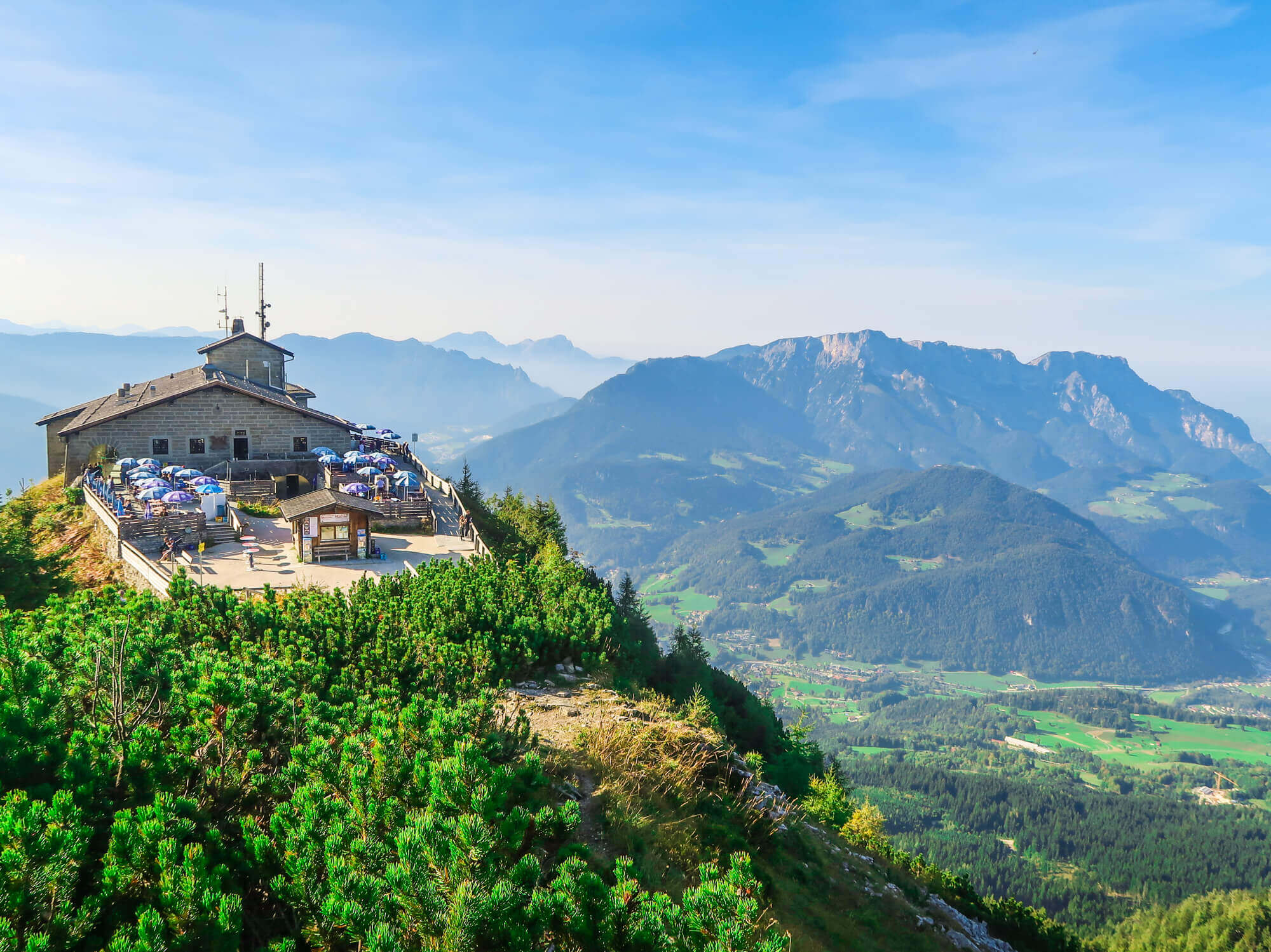 DAY 11: THE EAGLE’S NEST – Departing early, we’ll head for the village of Berchtesgaden and the Eagle’s Nest, Hitler’s mountaintop retreat in the Bavarian Alps. The Kehlsteinhaus, as it’s called today, was a 50th birthday present to Adolf Hitler from the Nazi Party. The view from the top is absolutely breathtaking. We’ll return to our hotel in Munich for our group farewell dinner and overnight. 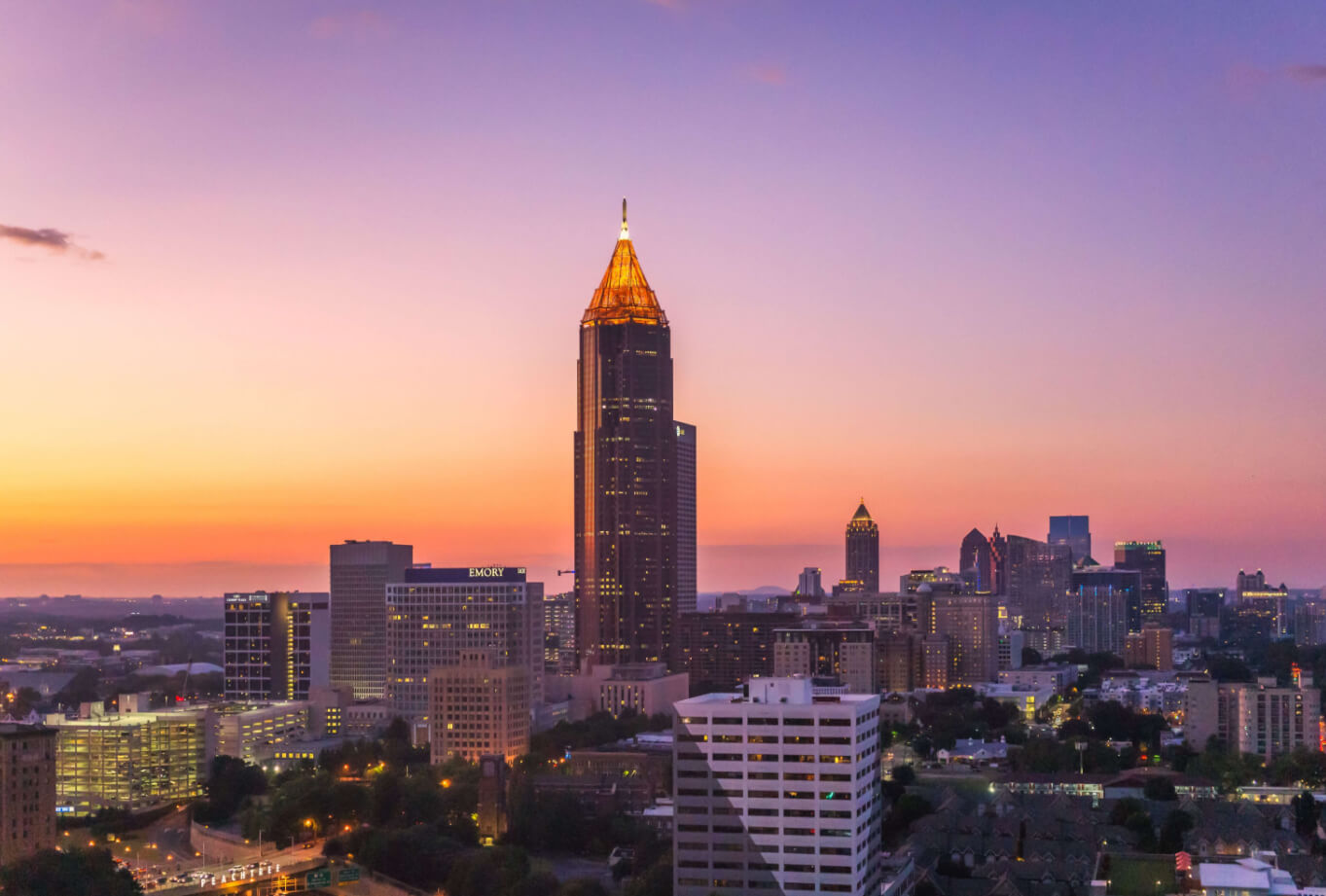 DAY 12: GERMANY/USA – Transfer to Munich airport for your return flight to the USA full of memories from spectacular views and unforgettable experiences.

NOTE: Schedule is subject to change due to various factors and tour guide’s discretion.

* Flight times, flight numbers, equipment, gates, and seats are subject to change. For the most current information check the airline website.

AIR: Includes roundtrip from Atlanta and return. Flights are subject to airline schedules and may change without notice.

HOTELS: Superior First Class hotels throughout. Priced on the basis of two persons sharing a room with a private bath and shower. A limited number of single rooms are available at regular supplement prices.

MEALS: Breakfast & dinner daily. Individuals will be responsible for purchasing lunch each day. The cost is typically between $10 and $20 per lunch.

SIGHTSEEING: As and wherever indicated on the itinerary, entrance fees to all places of interest listed in your itinerary, and the services of English-speaking guides.

PORTERAGE: Fees and charges for the porterage of one piece of baggage per person not to exceed 50lbs, in connection with all transfers and at airports throughout the entire itinerary are included. An overnight bag may also be carried, provided it remains in the possession of the passenger at all times. This bag, although carried personally, is considered part of your total luggage allowance.

SERVICE CHARGES AND TAXES: Service charges as required by hotel management and taxes as imposed by national and/or local governments and/or governments and/or administrations (wherever these are normally added to the bill.) on the date of this brochure are included.

OTHER: Tips, Taxes, Airport Taxes and Fuel Surcharges ARE INCLUDED in the selling price.

TRAVEL INSURANCE: Travel Insurance is not included in the purchase price. For questions, quotes or to purchase travel insurance, please visit Travelex Insurance or call (800) 228-9792 and use the code 10-0384 for Signature Tours Inc.

PAYMENT: Initial payment of $500 is deposit only. Final payment will be made to Signature Tours at https://www.signaturetours.com/upcoming or call (800) 915-3527.

CANCELLATION POLICY: The $500 per person deposit is nonrefundable. Deposits and other payments exceeding the $500 per person are refundable in full up to sixty days prior to departure. After this date, refunds for unused accommodations and services will be limited to the amount received from and/or credited by all carriers, sightseeing operators and hotels.