The Henry Steel Lever Action .45-70 Side Gate rifle is not normally the kind of weapon we turn to when we're in a tactical mindset, but it's hard to resist a beautifully crafted weapon reminiscent of the old westerners you might have watched growing up–at least until John Wayne was canceled for some unsavory comments he made a hundred years ago. Anyway. You won't find much polymer on this gun, but if you're into classic style and feel and that heft that comes with it, you'll enjoy the way this gun makes you feel. This is one of those heavy guns that can shoot heavy rounds and take down heavy game such as bear, deer, and boar alike. And it's perfectly designed to fit in your horse scabbard for your mid-gallop firepower.

Recently I (John Lovell) reviewed the famous 1911 pistol and in that similar vein I wanted to give another American classic a run at the range. This rifle, the Henry Lever Action, has a few decades on the 1911, but like the 1911 it was designed for military combat.

The HLA was introduced into the military and went for several rounds, particularly with the U.S. Army Cavalry back when Cavalry still involved soldiers on horseback. It entered army circulation in the 1870s and was a favorite for reliability and versatility and all-around toughness. 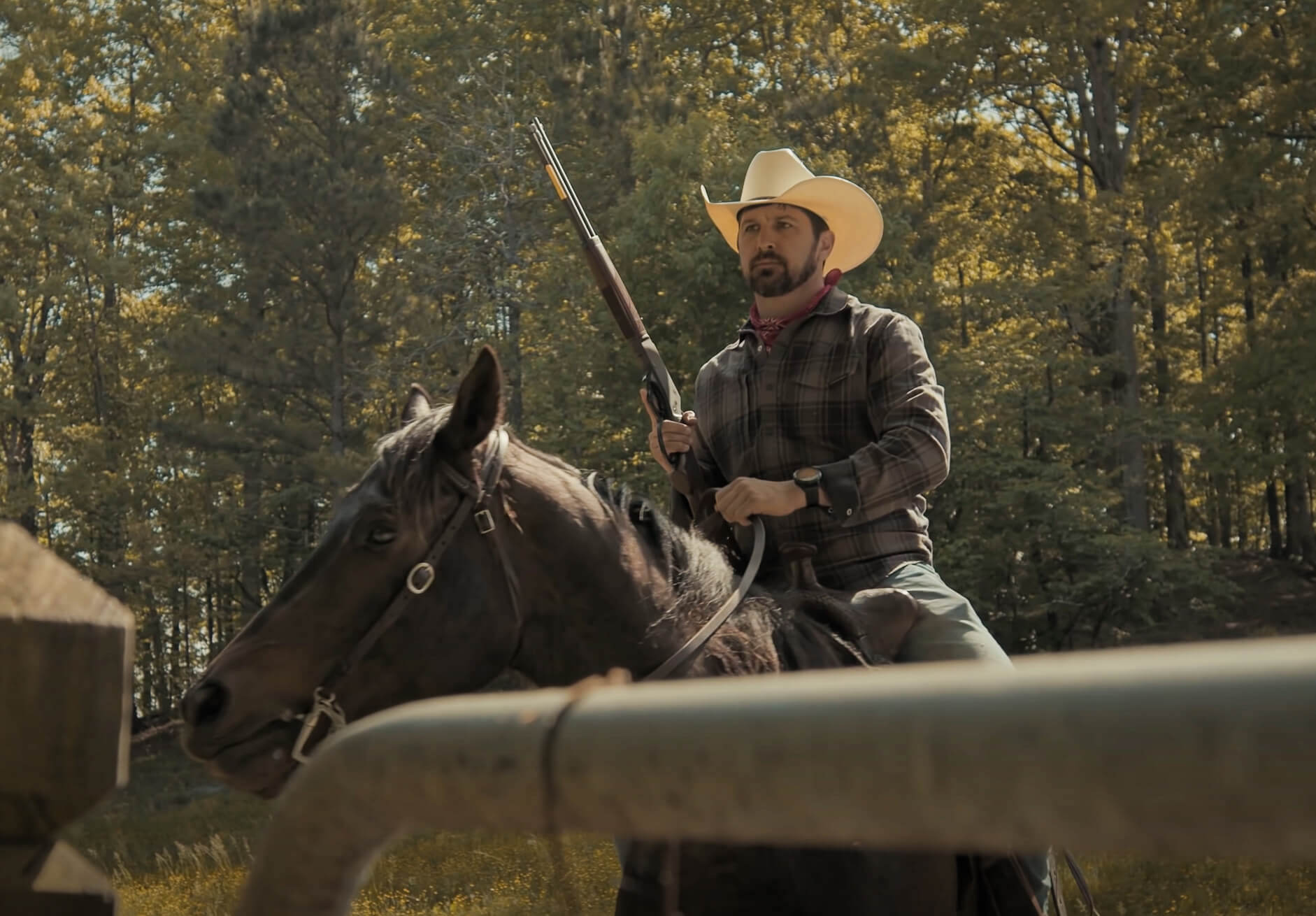 To this day, you'll still see it in big game hunting camps and probably in the occasional saddleside scabbard on ranches. Aside from its sex appeal with steel and hard wood (American walnut) and the iconic lever action, it can pack a punch in terms of the rounds and grains it can send down range toward bear and zombie alike.

As the name implies, the HLA shoots a .45 caliber bullet coming in 405-grain rounds to higher velocity 300-400 grain rounds for big game punching through a 22-inch barrel.

These are heavy rounds, so you're probably in no danger of using this for a sniper kill but you might have solid chances at putting down a black bear through heavier brush at 150 yards.

If you're comparing this kind of performance to your trusty AR-15 or .308, you're probably making an unfair comparison because you're not going to get that kind of range and the capacity, by comparison leaves a little to be desired.

The Cons of the Henry Lever Action

Capacity and Range. And that's a downside. With a range of 150 yards or less and a capacity of maybe four or five rounds, you're not going to take on a horde of zombies. But the rounds that do find their target are going to make a significant, lasting impression.

Finicky Lever Action. Again. You're likely not carrying this rifle into a tactical situation where high capacity discharge is required. However, during our trial run of a brand new HLA, after several cycles, we managed to get the lever stuck on open and had to disassemble the action to correct it.

Fine Craftsmanship.This isn't really a con, exactly, because I do love fine craftsmanship. Some of my favorite guns are the result of great engineering, top quality materials, and attention to detail. The HLA has all those qualities, but it might lack a little of the rough and tumble quality I expect from my firearms. This rifle is a high-powered, heavy duty, and devastating tool that also kind of behaves like a weapon for gentleman ranchers.

The Pros of the Henry Lever Action

But I also kind of love the gentleman rancher feel of this rifle in my hands and I love the idea of placing it in my saddle-side scabbard on my horse, if I ever get a scabbard, and riding for miles across the plains. For this application, and for the many big game applications that have made this rifle a favorite of select hunters, this rifle affirms a certain motif that allows for time travel and utility as you shoulder some classy power invented before the days of plastic.

It's well-balanced by weight and shuns polymer and makes you feel like you're reliving the wild wild west.

Train Hard. Train Smart. Sometimes it's good to think like a Gentleman Rancher.

Best Security Tip for Women: Don't Be Afraid to Be Rude

In the now 10-year-old book The Gift of Fear, author Gavin de Becker gives example after example of…
Read More

The Henry Steel Lever Action .45-70 Side Gate rifle is not normally the kind of weapon we turn to…
Read More
Close
x