The famous 1911 was the U.S. military's standard issue pistol for more than 70 years and across four wars (both World Wars, Korea and Vietnam), so it deserves a lot of respect for its durability and reliability over the years. Some shooters still swear by this pistol platform and we decided finally to give our take on this American classic. The Kimber 1911 TLERL II is one of a number of contemporary iterations of the famous .45 ACP military pistol, and it's the version I (John Lovell) recently field tested to give my take on its performance. It was originally and is still manufactured by Colt, but Remington, Ruger and many others have their own versions of the platform as well. I've shot 1911s and I've owned them, but I did not use them in the Army and I don't shoot them much today, and there are some good reasons that I prefer to use other pistols. Still, this is not a knock on the cult following, because there are clearly some attractive qualities to this historic firearm. 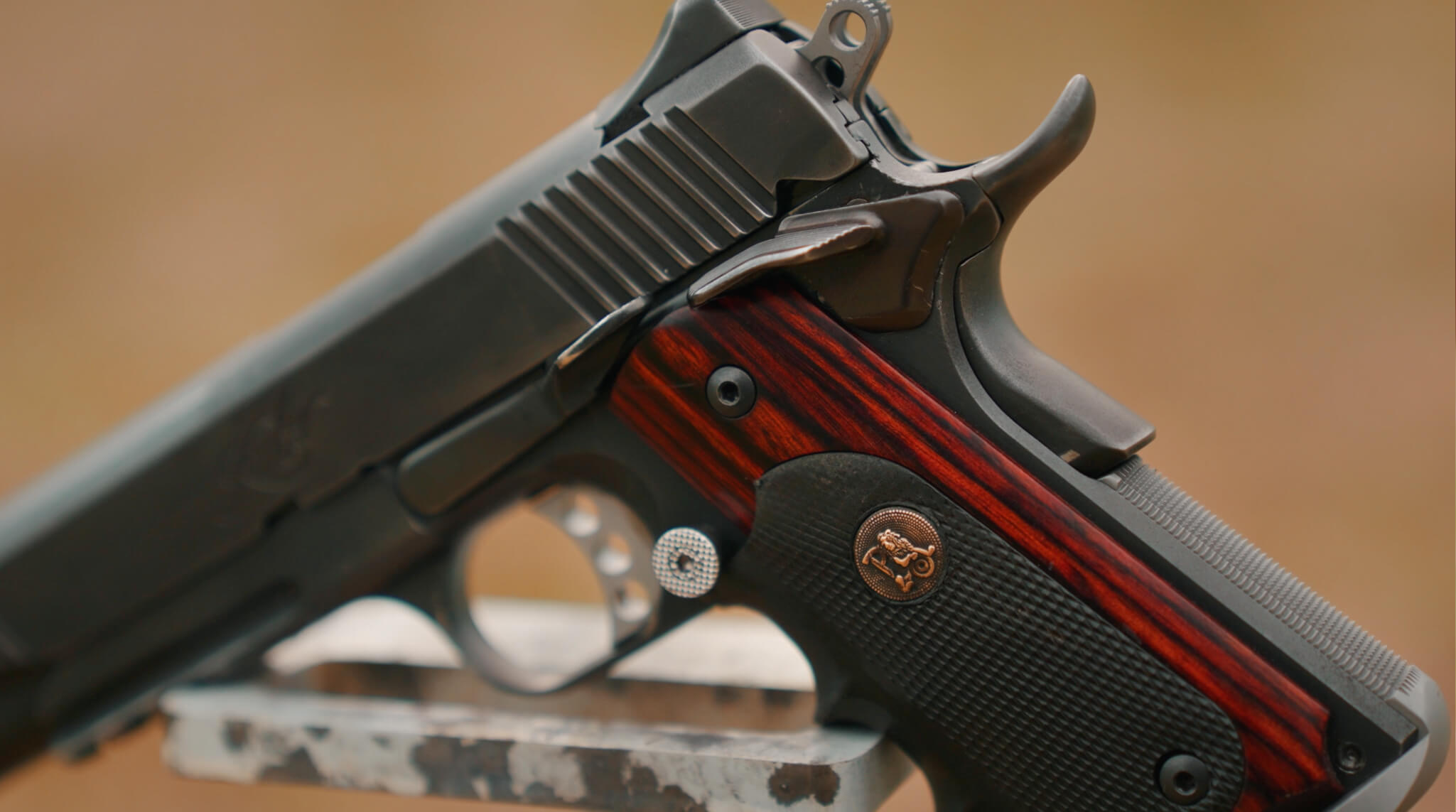 For its time, the 1911 was revolutionary as a sidearm carry for soldiers, giving them a reliable and powerful round with higher capacity than revolvers and perfect for close quarters, especially in the trenches of World War I, which is when this pistol entered circulation. Features like the grip safety (you have to be holding it properly for the trigger to operate) and the slide lock safety provided soldiers with quality guns that wouldn't accidentally go off and shoot their friends while moving through the trenches and in other battle scenarios. The single action trigger on the 1911, another distinctive feature, kind of necessitated those two safety mechanisms (versus the double action on Glocks, etc.), but the gun was tough, reliable, and shot .45, one of the most powerful rounds available at the time (though now it also comes in 9mm, .380, .357, and 10mm). It's also built tough enough to use it as a bludgeoning weapon. And, let's be honest, the 1911 just has that classic, iconic look with clean lines and lots of sentimental appeal that reminds me of the grizzled officer with the cigar and the speech about the glories of the battlefield. Our patron saint, Sir John Browning, designed a firearm worthy of remembrance and also with plenty of capability for those who know how to use it. There are still plenty of 1911 purists out there who never miss with it—even if it does have a trigger that feels a little like sliding a glass door. 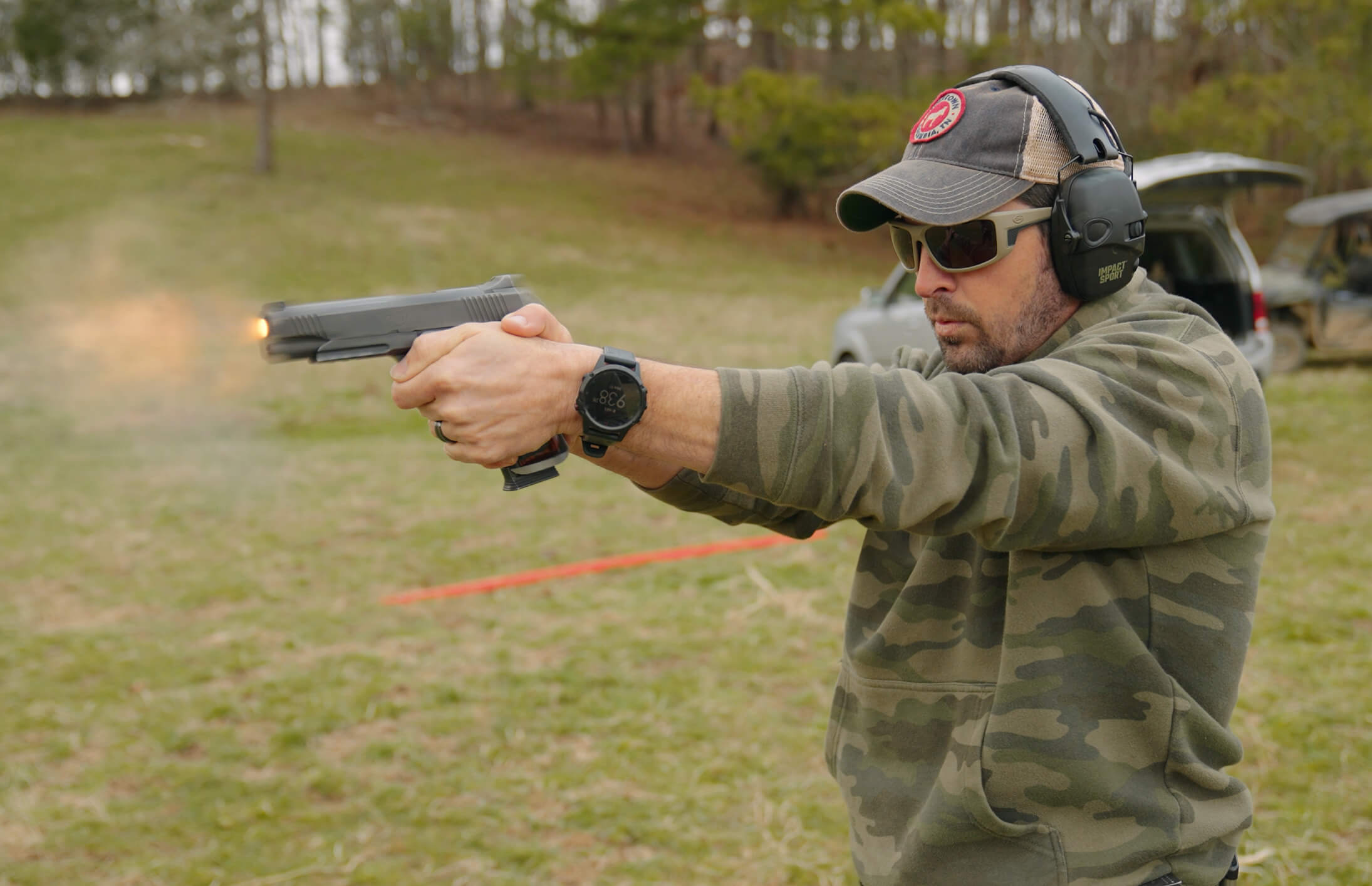 CONS: Why I Prefer Other Guns

I did this review of the 1911 because I put it off long enough after so many requests to offer my take on the classic. In the end, though, after several hours of shooting with it, I was reminded that I'm just a guy who likes other guns. So this is no knock on the hardcore 1911ers. My hats off to you because, in all honesty, I suck at shooting with a 1911, and I do not suck at shooting. I'm actually rather good at it and teach others how to be good at it. So yay for that. And that's one of the reasons I really do not like this gun. It was embarrassing. It's awkward to operate. Perhaps if I'd grown up shooting this gun I would have sentimental, nostalgic thoughts about it, but I didn't and I don't. It made me feel like a noob out there on the range. I was not fast or accurate with it. In fact, everything took about three times longer, and it made me feel like I was rewinding the clock 20 years on my experience. I realize this is kind of a me problem. It didn't fit my modern grip. My hand is accustomed to sit high on the grip so I can take up all the real estate, lock out my wrist, so I have a direct line and great support while I shoot. I was using a modern grip on an archaic design and it was causing me to accidentally lock back the slide. This was not the gun's fault of course but I really didn't like that frustration. It threw off my process. Coming out of the holster, I had to keep remembering to "Slow down. Hit that safety off. Marry this grip up low, way lower. Then then I pulled the pistol." Site problems. At least on the Kimber I had to aim much lower and pretty much had to ignore the sites. I later shot a 1911 SIG and those seemed to be zeroed to what I'm used to with Glocks and the War Poet pistols. I didn't like it. While the 1911 is nice to look at, can double as a hammer, and feels like a piece of history in the hand, I just really don't like it and that's what's great about living in America—I don't have to like it and you don't have to like me but you do need to comment, like, subscribe, and come back for more. And whether you swear by the 1911 or the 1911 makes you want to swear, Train Hard. Train Smart. Live Free.

Best Security Tip for Women: Don't Be Afraid to Be Rude

In the now 10-year-old book The Gift of Fear, author Gavin de Becker gives example after example of…
Read More

The Henry Steel Lever Action .45-70 Side Gate rifle is not normally the kind of weapon we turn to…
Read More
Close
x